Review of When The Bough Breaks

I recently had the opportunity to view a documentary on postpartum depression and psychosis.  As a doula who provides support to women during the perinatal period, the information in this film provided a great starting place for the recognition of the characteristics of postpartum depression, an important and lesser recognized condition found in approximately 20 percent of women who have given birth in the United States.

What is Postpartum Depression?

For the most part, the film presents postpartum depression as it is- isolating, difficult to manage, and sometimes not completely curable. The film explores some of the darker sides of the more severe form known as postpartum psychosis.  When women have this more rare form of depression, they are subject to hallucinatory visions, suicidal tendencies, and the desire to harm themselves and/or their infants.

After watching this film, one may come away with the belief that it presented a bleak analysis of this condition, with many of the women trying to manage their depression through the use of medications long term and/or attending multiple psychiatric or counseling treatments a week.

As a birth doula, I really appreciated seeing this film because as doulas we are often one of the first to witness women during the postpartum period. It’s incumbent on us to be able to respond by helping the mother get support and treatment.

The documentary showed how women who are experiencing postpartum depression could greatly benefit from a network of support from other moms who are struggling with the same depression.  That was the truly encouraging take away from this film.

The film followed several women including two who tragically ended their own lives after the documentary was filmed.  It was raw and real about the most severe and rare postpartum psychosis.  This reiterates the need for those working with women to be vigilant in providing knowledge  and support to them. This includes the professionals and paraprofessionals who support them.

Anyone close to women who have given birth should be ready to provide them with information to get support if they need it. This link is to the Postpartum Mood Disorder Awareness Ltd.

The Cochrane Review, an evidenced based research library of reviews for medicine, provides information Here is a link to their report.

Having a the support of a doula has been proven to reduce the incidence of postpartum depression by as much as 30 percent. Here is more information about our postpartum doula services here. 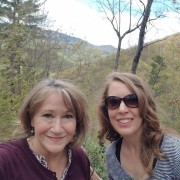 Katie Hadley is a CD(DONA) doula as well a chilbirth educator. Katie has a special interest in health and nutrition in pregnancy. She enjoys working with and educating women about evidence based birth.

This site uses Akismet to reduce spam. Learn how your comment data is processed.